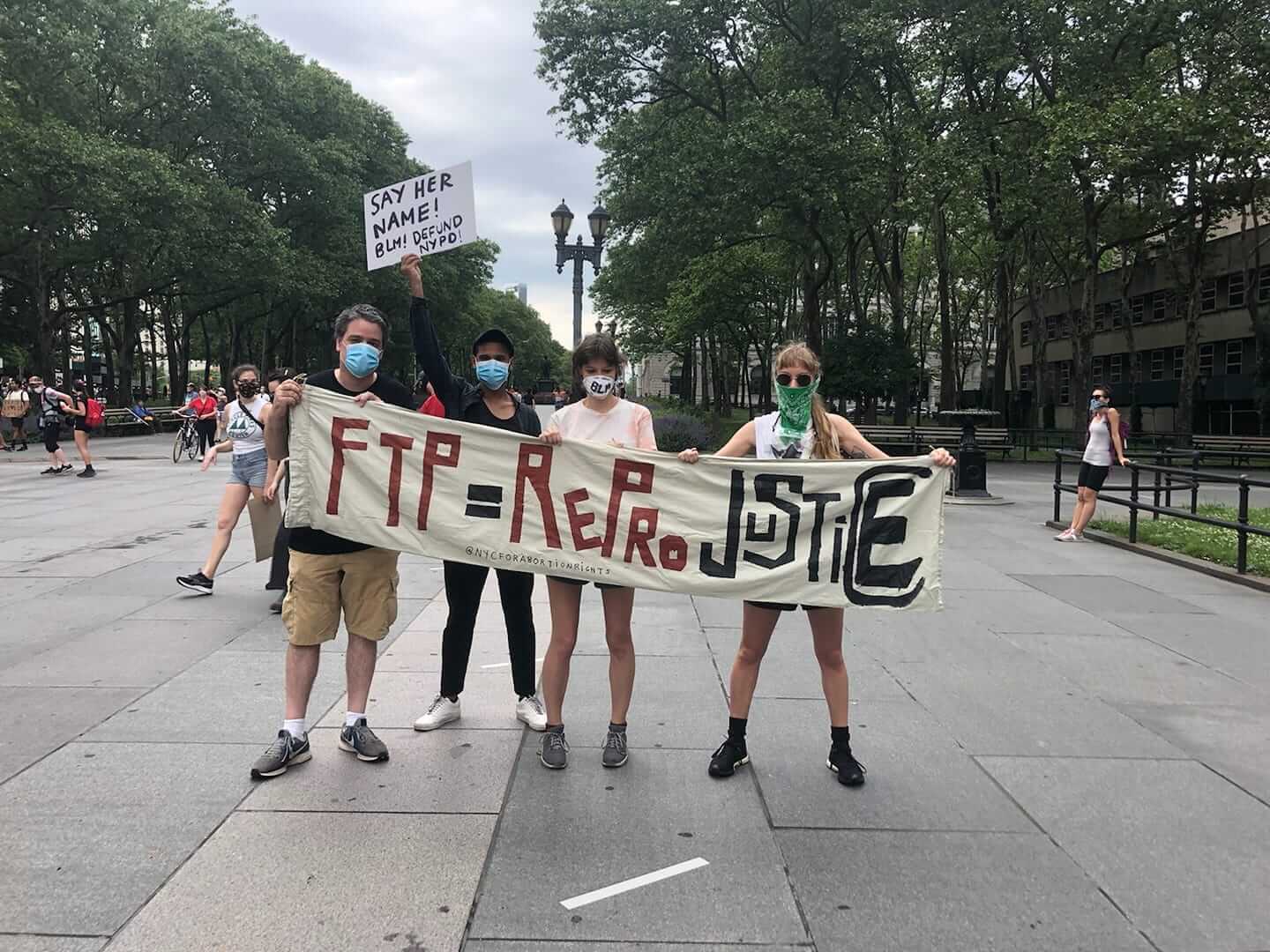 In our previous clinic defenses, we have been met by the brute force of the NYPD whose violence is directed towards us and never against the anti-abortion protesters who harass abortion providers and patients seeking care. We understand the state as an institution that has claimed the monopoly of the use of violence, including gender-based violence. As demonstrated in our clinic defenses, police are one of its main instruments.

The movement for abolition articulates the rationale for reproductive freedom in positive moral and political terms, as a requirement for social justice, human rights, and women’s well-being. We believe that the call for abolition brings into question the legitimacy of the very social order that police are tasked with producing and reproducing. This order entails the perpetuation of gender-based violence. This is why police abolition is also reproductive justice!