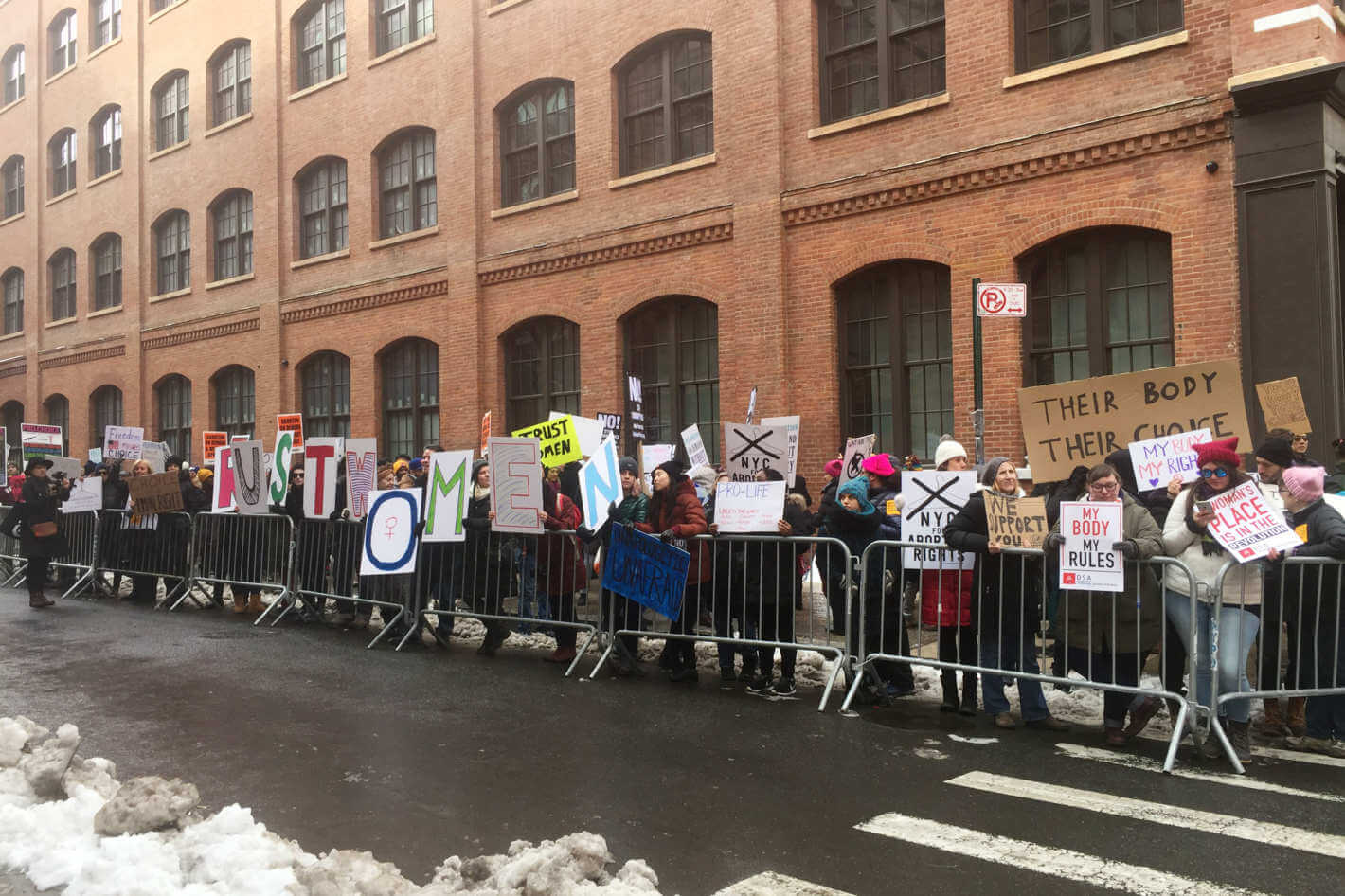 Our argument in support of clinic defense as a tactic for protecting abortion rights.

Outpatient clinics account for 95% of all abortions provided in the United States each year. Their physical isolation makes clinics an easy target for anti-abortion extremism. Anti-abortion violence and harassment outside of clinics have not only become routine; they are escalating in severity– 34% of clinics reported severe violence in 2016, up from 20% in 2014. The most common forms of violence clinics report include including blocking access to and invasions of clinics, stalking, death threats and bomb threats.

This harassment is not relegated to clinic parking lots or walkways, it has legitimized the onslaught of anti-abortion legislation that has been detrimental to access. 2010 to 2016, 388 abortion restrictions were enacted; leaving 7 states with only one abortion clinic.

Antis have been emboldened by the Trump administration, and are stepping up their aggressive behavior outside providers’ facilities in NYC and nationwide. In June, the NY State Attorney General filed a federal lawsuit against protestors who have been harassing patients, staff and volunteers at Choices Women’s Medical Center in Jamaica, Queens.

Our first line of defense for protection of reproductive rights is self defense. We cannot rely on courts, police or legislatures to protect our fundamental rights to control our bodies and reproductive options.

The future of access to reproductive health can not lie in the hands of mainstream feminist organizations or the Democratic party. The defensive strategy they have taken on abortion over the past 40 years has led not only to concessions and compromises on abortion, but allowed for the all out attack on Planned Parenthood and all of the services they provide, including contraception. This is the direct result of a political strategy that concedes over and over again, by minimizing the importance of abortion services or treating them as a bargaining chip for an electoral strategy.

Enough is enough! Abortion access is critical to bodily autonomy, and bodily autonomy is not negotiable. We believe directly confronting anti-abortion extremists outside of clinics and reclaiming spaces that belong to us is essential to building a fighting movement for reproductive rights and justice.